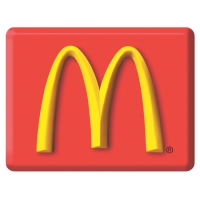 Australia, along with the United States, Canada, France, Germany, the United Kingdom, Brazil, China and Japan, is considered to be a ‘major market’ for McDonald’s worldwide. These nine ‘major markets’ contain nearly 80 per cent of the McDonald’s restaurants in the world.

McDonald’s Australia Limited is an unlisted Australian public company limited by shares. It is a franchise business with around two thirds of the restaurants in Australia run by franchisees. The remainder are operated by company staff. Most franchisees enter into a twenty year agreement with McDonald’s.

McDonald’s and its franchisees employ approximately 65,000 people in restaurants and management offices across Australia.

Corporate responsibility begins at the top and McDonald’s Australia is governed by a Board of Directors that provides a diverse mix of experience from both within and outside McDonald’s and is committed to the integrity of the organisation.

The Managing Director works closely with a Top Management Team (TMT) who represent all the key departments within the company. This team meets regularly to discuss current issues, the progress of major projects and to develop and review company direction.

The operation of McDonald’s Australia is also directed by the global McDonald’s System. This System is decentralised but provides a framework to ensure McDonald’s operations in every country adhere to the same core values, principles and standards.

For McDonald’s employees worldwide, the overall framework for ethical business practices is our Standards of Business Conduct. These guidelines apply to all salaried employees worldwide, including restaurant managers. The Standards of Business Conduct provide an orientation to ethical business behaviour, offer guidance in a wide range of issue areas, set out McDonald’s core values and identify resources for questions and concerns.

Acting in a responsible and ethical manner is the responsibility, and our expectation, of all McDonald’s Australia employees and it is a fundamental aspect of the organisation’s culture.

- Click through for lots of useful information about McDonald's.

More in this category: « Fujitsu Nike »
back to top