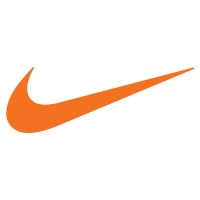 Stock Symbol: NKE. Went public in December 1980 and is traded on the New York Stock Exchange.

Facilities: Nike owns facilities in Oregon, Tennessee, North Carolina and The Netherlands, and operates leased facilities for 14 Niketowns, over 200 Nike Factory Stores, a dozen NikeWomen stores and over 100 sales and administrative offices.

Headquarters: The 16 buildings at world headquarters in Oregon are a soft-spoken testimony to the beauty of sports. Nike employees are typically active people who take full advantage of the fields, trails and gyms that dot the 178-acre spread. Each building is named after an athlete who is key to Nike's growth over the years.

Retail: The first Niketown opened in Portland, Oregon in 1990, setting the standard for interactive, immersive brand environments. Averaging over 30,000 square feet of selling space, Niketowns attract millions of consumers every year and employ over 4,000 Nike retail associates in the US alone. Currently, there are 14 US and four international Niketown stores. In addition, the company has been operating Nike factory stores around the world since 1984, with more than 80 stores now in the United States. In October 2001, Nike opened the first NIKEgoddess store, dedicated exclusively to active women. In 2004, NIKEgoddess changed its name to NikeWomen. There are now over 12 stores in the US, Canada and Europe.

Manufacturing: As of May 31, 2004, Nike brand had 137 factories in the Americas (including the US), 104 in EMEA, 252 in North Asia and 238 in South Asia, providing more than 650,000 jobs to local communities. This total excludes the amount of jobs provided by manufacturers of Nike subsidiaries. Nike is the first company in our industry to publish the names and addresses of all factories making Nike branded product.

- All you need to know about Nike's Australian presence

More in this category: « McDonald's Reckitt Benckiser »
back to top