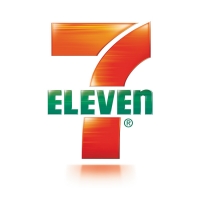 7-Eleven introduced the convenience store concept to Australia in 1977 and today remains the worlds 1st choice for convenience. Our doors are always open providing the community with fast, friendly service in a clean, safe environment. Home to the world famous Slurpee, munch and the convenience products and services you have come to expect.

In addition to selling blocks of ice to refrigerate food, Johnny Green, an enterprising employee, began offering milk, bread and eggs on Sundays and evenings when grocery stores were closed. This new business idea produced satisfied customers and increased sales, and convenience retailing was born.

The company’s first convenience outlets were known as Tote’m stores since customers “toted” away their purchases, and some even sported genuine Alaskan totem poles in front. In 1946, Tote’m became 7-Eleven to reflect the stores’ new, extended hours – 7 a.m. until 11 p.m. seven days a week.

The post war boom in America saw the massive expansion of 7-Eleven convenience stores across the country.

1978 We include Brunswick & Caulfield

Our first store in Sydney in Botany Road Waterloo opened on September 1st, 1981.

The first store in Brisbane opened at Redcliffe in 1982.

7-Eleven’s 300th store at 234 George Street, Sydney opened its doors to the public for the first time on Friday 11th July, 2003. The celebrity appearance of Freddo, Elvis and most notably Shane Warne were one of the major highlights.

2008 Franchisor of the Year

Awarded Franchisor of the Year

These days 7-Eleven is serving 96 million customers a year and achieving sales approaching $1.5b.

More in this category: « 3M BHP Billiton »
back to top