Fujitsu General: Marketing through celebrity sponsorship - Using a personality to build a brand

Using a personality to build a brand

Fujitsu planned a strategy based on using a personality, a well-known Australian sportsperson. Using a personality is a modern marketing technique that involves much more than the use of the person's physical image.

The celebration of individuals and the concept of individual fame has been a part of society since ancient times. Today, a celebrity is a person regarded as a well-known public figure - a person whose distinctive identity becomes a marketable commodity in its own right. These distinctions include such things as personal style, name, and reputation.

Fujitsu decided to use the celebrity in personality endorsement, or using the person to inform the public that he approved of their product and was happy to be associated with it, rather than personality merchandising which uses the person's name on their product.

The personality approach was used to build the brand. To measure how well this happens, companies measure brand recall, or how well consumers remember advertising and other messages they have seen about a brand. Fujitsu considered that using Mark Taylor would create links between their products and his appeal in the marketplace, thus building brand recognition. They could measure their success with this through measuring consumer brand recall of the Fujitsu brand and how well consumers associated Mark Taylor with the brand. They also believed that using him would spark renewed interest from the media in their product, thus creating public relations opportunities. 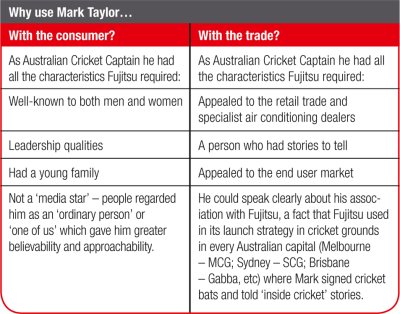 Extensive market research conducted by Fujitsu resulted in the following profile of its target market: 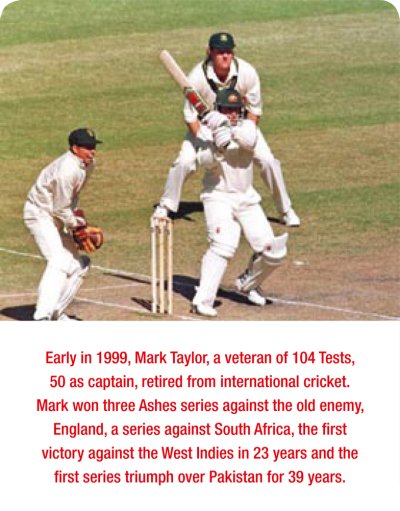