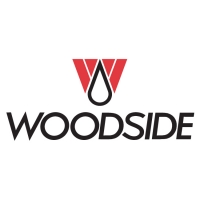 Woodside is Australia's largest publicly traded oil and gas exploration and production company with a market capitalisation of more than A$29 billion (as at 30 June 2006).

The company has interests in Australia, Africa, the United States and the Middle East and major customer centres in Japan, Korea, China and Singapore.   It has offices in the United Kingdom, Japan, Korea, Libya, the United States, Mauritania, China and Kenya. Its head office is in Perth, Australia.   Woodside's major business is centred on the North West Shelf Venture, Australia's largest resource project, and the country's first and largest liquefied natural gas plant. Through this venture and others around the world, Woodside operates yearly production of more than 200 million barrels of oil equivalent or about 600,000 barrels a day. Woodside's share of this is about 155,000 barrels a day.   Production growth is projected to grow to more than 100 million barrels a year by 2008.    Company activities include:

- All you need to know about Woodside

More in this category: « Westpac WorleyParsons »
back to top