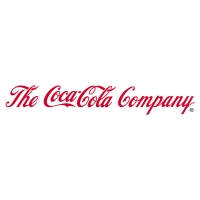 Coca-Cola Amatil was formed following a major re-organisation in 1989 of Amatil Limited, one of Australia's oldest corporations.  In 1989/1990 Coca-Cola Amatil sold it's interests in poultry, tobacco, communications and packaging, leading to a concentration on its core businesses of beverages and snack foods.

In 1982 Amatil made its first beverages investment overseas with the acquisition of Coca-Cola bottling franchises in Vienna and Graz, Austria.  In 1993 Coca-Cola Amatil sold its snack foods interests to United Biscuits and, as a result, now focuses entirely on beverages.  Coca-Cola Amatil rapidly expanded its global business to include operations in many European and Asia-Pacific countries.  In 1998 the European operations were established as a separate European Headquartered anchor bottler company (Coca-Cola Beverages Plc) and Coca-Cola Amatil now focuses exclusively on the Asia-Pacific region.

Today, Coca-Cola Amatil is a major Australian Multinational Company.  It is the country's largest manufacturer and distributor of soft drinks and other alcohol-free beverages, and is the market leader in the industry.

Today, there are seven bottling plants in Australia, all owned by CCA following the acquisition of the Northern Territory plant in 2005.  These authorised Bottlers are supported in their marketing activities by Coca-Cola South Pacific, the local subsidiary of The Coca-Cola Company.

The relationship with The Coca-Cola Company

In addition to CCA's own range of products, we manufacture, distribute and sell the trademarks of The Coca-Cola Company (TCCC) across our six countries of operation.

CCA and TCCC are committed to building a sustainable growth strategy that delivers higher revenue and improved returns to CCA and allows TCCC to profit from building and delivering leading brands.

The relationship has three main components:

A broad allocation of responsibilities for marketing is as follows:TCCC is focused on consumer marketing, including advertising and promotion, the development of new brands, and innovative brand and packaging plans.  These marketing activities are funded by TCCC.

CCA's marketing activities are primarily focussed on developing and maintaining strong customer relationships, and implementing the marketing strategies and plans.  This trade marketing is funded by CCA.

About The Coca-Cola Company

People enjoy our beverages 1.5 billion times a day, thanks to our unparalleled distribution system and ever-expanding portfolio of beverage choices that energize, relax, nourish and hydrate.

for information on careers.

More in this category: « BOC CPA Australia »
back to top