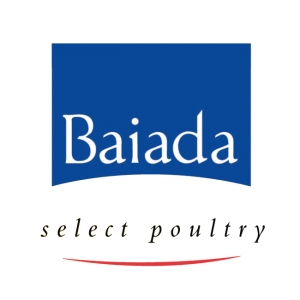 Our company has its head office at Pendle Hill, 30km west of Sydney. Other major operating centres are located in Brisbane, South Australia, Tamworth in northern New South Wales as well as throughout Victoria. We have an employee base of approximately 2,200 people.

At Baiada Poultry our primary objective is to provide our customers with high quality products and excellent service.

In 1916, Celestino Baiada arrived in Australia from Gozo, Malta at the age of 14. He arrived with his father and brother, with no material possessions, but in search of a brighter future.

Celestino ("Charlie") commenced his first real involvement in poultry meat during the Second World War, when he and his wife Giovanna processed 30 chickens by hand per day in the family laundry. The Baiada family had its humble beginnings as market gardeners and produce merchants, which also involved a contract to supply potatoes to the army during the war. At the end of the second world war he purchased a large parcel of land in Baulkham Hills (Sydney's north west), which council resumed two years later for compensation considered to be inadequate. After a seven year court battle, the case reached the High court, at which time the council withdrew its resumption order, and the land was later sold for a substantial sum in 1953.

The proceeds of this financial investment allowed Charlie to commence the building of the family poultry business in Pendle Hill in the early 1950s, followed by the establishment of another processing plant in Tamworth in 1964.

Charlie passed away in November 1983, at the age of 81. Charlie was a modest man and worked hard throughout his entire life, building a business based on old fashioned values and what he would call a great deal of entrepreneurial vision and commonsense. Charlie's grandson, John Camilleri became Managing Director of the company in March 1984, and has taken the foundations of the company that Charlie proudly established, to become the substantial quality organization that exists today.

You are permitted (and encouraged!) to print, download and/or copy any part of this website and downloads for educational purposes only. Permission is also given for schools to link directly to the site and to have links on their internal networks.

For teachers, we provide learning activities, including questions and extension activities for use with each case study, developed by our writing team. You'll find both individual and group activities, along with comprehension questions and research projects. We also provide teaching hints & strategies, links to other useful educational resources and news updates throughout the year on currently featured companies.

For students, there is a wealth of useful information. This includes the case studies themselves, learning activities, news on featured businesses, background information on the companies who are participating, and a glossary of business terms.

How much does it cost?

A printed copy of The Australian Financial Review Case Studies  with Business News is provided FREE to all Australian and New Zealand schools, colleges and universities, so there should be a copy in your Business Studies/Commerce/HSIE department. You can also access Edition 7 case studies on this website for free.

Additional copies can be ordered here

We are also delighted to offer you a subscription

to access over 80 additional case studies from previous editions, along with their accompanying learning activities and teaching hints & strategies. A single user subscription is priced at $69.95, with a school multi user subscription costing $149.95.

Why is it so useful to me?

The Australian Financial Review Case Studies with Business News is useful because:

What sort of material does it contain?

The case studies are the core of the resource, providing real-life examples of curriculum topics. Each study focuses how a major organisation dealt with a business issue to demonstrate business studies topics. Linked to the case studies are other tools and features for both teachers and students, such as learning activities, teaching hints and strategies, news on featured companies, useful links, and career information.

What is Australian Business Case Studies?

Australian Business Case Studies is a resource, in print and online, for students taking Business Studies/Commerce courses. Published annually, it provides the means for students to examine real business issues from a number of major organisations and allows them to put business theory into a real life context. It gives you, as current and future customers and potential employees, an insight into how business works in Australia and New Zealand today.