NAB/MLC: Changing the face of financial services - Taking the changes to the customer

Taking the changes to the customer

The marketing campaign featured three new television commercials and a number of other advertising channels including radio, outdoor and online. The campaign was designed to build NAB’s presence in the marketplace and tell the Bank’s story. 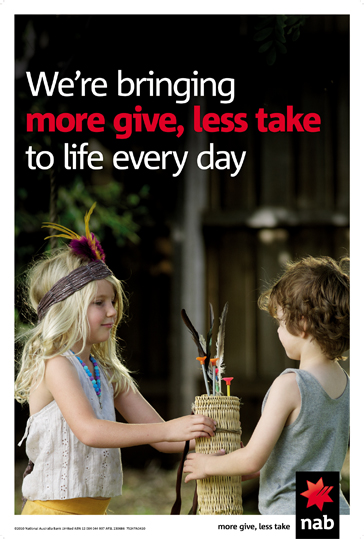 A series of print advertisements based on the “more give, less take” campaign were developed incorporating facts and statistics on what NAB is actually doing, demonstrating that NAB is delivering on its promises. For example, one advertisement provides statistics on the number of customers NAB has helped to keep their homes during financial difficulty, whilst another lists the various fees and charges that have been abolished. Each focuses on the adage that ‘actions speak louder than words’.

NAB also issued a number of press releases to ensure a consistent message was delivered on the fee changes through the media. 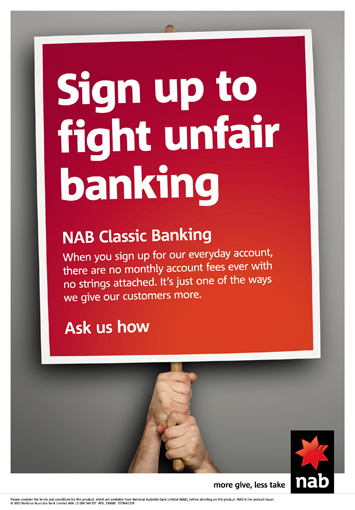